Staff writer David Marchese of the New York Times Magazine interviewed Cal Newport about digital tools and our work lives in “The Digital Workplace Is Designed to Bring You Down.”

“Boey’s exploration of human values and philosophical conundrums—including the difficulty of finding hope and purpose in the face of the end of everything—is no sophomoric thought experiment, and his stark world is poetically rendered. A thoughtful read perfect for this moody season.”

NPR's Michel Martin speaks with environmental journalist Leila Philip about her new book, Beaverland: How One Weird Rodent Made America. Martin says he could "not put it down."

"I loved that the beaver's kind of a little jerk."- NPR, Michel Martin

"...in an unexpected bonus, they harass New Yorkers who escaped the city to move upstate during the pandemic and enrage recreational snowmobilers in New Hampshire."- The New York Post, Susannah Cahalan

Leila Philip, author of BEAVERLAND, Educates and Inspires in an Op-Ed Piece in the Boston Globe

Leila Philip, author of Beaverland, writes an opinion piece on how the role of beavers in the ecosystem aids in fighting the coming wildfires and fighting climate change.

"Beavers are one of the greatest conservation comeback stories of the 20th century. They were almost wiped out during the fur trade, but smart wildlife reintroduction programs in the early 1900s returned them to the landscape. Now beavers have a new role to play in creating climate resiliency if communities, municipalities, and individual landowners can take advantage of what they naturally do."- Leila Philip, Boston Globe

The Millions Can't Wait for DYKETTE!

The Millions lists Dykette as one of the best and most anticipated books in the first half of 2023.

“Like a tightly rolled spliff passed around the room,” Samantha Hunt writes, “you will inhale Dykette.”

"[It] offers an appreciative account of the North American rodent, whose habit of taking down trees and causing floods has given it a reputation as a nuisance."- Jennifer Szalai, The New York Times

Dykette is listed as one of the buzziest debut novels in 2023 on Goodreads.

DYKETTE is One of Buzzfeed's Most Anticipated LGBTQ+ Books of 2023

Dykette is #14 on Buzzfeed's list of Most Anticipated LGBTQ+ Books in 2023.

"Davis shrewdly explores issues of gender and sexuality while her characters confront the idea of what it means to seek the life you truly want."- David Vogel, Buzzfeed Contributor

A Starred Kirkus Review for GETTING OUT OF SAIGON

Kirkus Reviews has bestowed a star upon Ralph White’s debut memoir GETTING OUT OF SAIGON: "A unique, gripping story from the Vietnam War....White's persona seems like something out of a Terry Southern or Ian Fleming novel—as does his writing. White tells his inspiring story with wit, panache, humility, and a captivating sense of time and place. A fantastic read.”

The Next Big Idea Club ranked Mary-Frances O’Connor, PhD’s THE GRIEVING BRAIN: The Surprising Science of How Our Brain’s Learn from Love and Loss (HarperOne) as the 3rd best science book of 2022.

Shaun Gallagher’s EXPERIMENTING WITH BABIES (TarcherPerigee) is Oprah Daily’s pick for Best Book Gift for new moms. "New moms spend a lot of their time with their bundle of joy (because, duh). This book will make that cutie pie even more fun.”

The LITURGIES FOR HOPE Audiobook Receives a Starred Review from Booklist!

The audiobook of LITURGIES FOR HOPE received a starred review from Booklist.

"Prayers are softly spoken by the writers with sensitivity, purity, and an understanding of the power and word of God. Listeners will perceive their abiding faith and relate to each prayer’s depth of honesty, relevance, wisdom, and truth."- Booklist

DIRECT is a Next Big Idea Club Top Business Book

The Next Big Idea Club ranked Kathryn Judge’sDIRECT: The Rise of the Middleman Economy and the Power of Going to the Source(HarperBusiness) as the 17th best business book of 2022.

Beaverland receives a glowing review from The Washington Post.

“This lyrical exploration is a portal for readers to enter into the mysteries of that world themselves.”

The McCartney Legacy: Volume 1 receives a glowing review in The New York Times.

Stars In An Italian Sky receives a glowing review from Publishers Weekly.

"For this moving, intergenerational tale, Santopolo skillfully weaves two love stories in which passionate and idealistic young couples contend with class differences, tension between their personal desires and familial obligations, and the ongoing ramifications of decisions made by earlier generations….The story toes the line between romance and women’s fiction, with equal focus on romantic and familial love. Santopolo’s flawed yet endearing characters are sure to tug at readers’ heartstrings." - Publishers Weekly

Leila Philip is interviewed with WAMC Northeast Public Radio about Beaverland: How One Weird Rodent Made America.

"Beautifully written and exhaustively researched, “Beaverland” reveals the ways in which one odd and industrious creature and the trade surrounding it has shaped history, culture, and our environment." -WAMC Northeast Public Radio

The New York Times lists OCEAN’S ECHO by Everina Maxwell as one of the best romance novels of 2022!

"One of the rare books that deliver at every level on every page."- The New York Times

The Mary Sue suggests Bessie the Motorcycle Queen as one of twelve book gift ideas for children.

DYKETTE is one of 18 novels selected to be on SPY.com's Most Anticipated Novels of 2023 List.

Selected from more than a thousand entries, Kathryn Judge’s DIRECT: The Rise of the Middleman Economy and the Power of Going to the Source (HarperBusiness) is one of the Non-Obvious Book Awards' best business and nonfiction books published over the past year.

Porchlight Books has named Kathryn Judge’s DIRECT: The Rise of the Middleman Economy and the Power of Going to the Source (HarperBusiness) to their Business Book Awards longlist in the Current Events & Public Affairs category.

EVERYTHING IS OK is a Finalist for the Goodreads Choice Awards

Debbie Tung’s EVERYTHING IS OK (Andrews McMeel) is a finalist for the 2022 Goodreads Choice Awards in the Best Graphic Novels & Comics category.

WISE GALS is a Finalist for the Goodreads Choice Awards

Nathalia Holt’s WISE GALS (Putnam) is a finalist for the 2022 Goodreads Choice Awards in the Best History & Biography category.

Kaskowitz Is a Southern Association for Women Historians Fellowship Recipient

Sheryl Kaskowitz is the recipient of the Southern Association for Women Historians' 2022 Anne Firor Scott Mid-Career Fellowship. The fellowship provides assistance to scholars who are past the first stage of their careers and working on a second book or equivalent project in southern and/or gender history. The fellowship is awarded to Dr. Kaskowitz for The Music Unit: FDR’s Hidden New Deal Program That Tried to Save America from the Great Depression—One Song at a Time, which is forthcoming from Pegasus Books.

Nathalia Holt’s WISE GALS, published by Putnam, is among the opening round nominees in the Best History and Biography category in this year’s Goodreads Choice Awards.

EVERYTHING IS OK is a Goodreads Choice Awards Nominee

Debbie Tung’s EVERYTHING IS OK, published by Andrews McMeel, is among the opening round nominees in the Best Graphic Novels & Comics category in this year’s Goodreads Choice Awards.

The Wall Street Journal has selected Steve Magness’s DO HARD THINGS as one of its "12 Best Self-Help Books on Topics That Matter Most” for 2022. "You don’t have to be an endurance athlete to find this book beneficial. The lessons here apply to anyone looking to increase their resilience, overcome adversity, or bounce back from failure,” says the WSJ.

NO STOPPING US NOW Is Named a 2022 Golden Poppy Award Finalist!

Lucy Jane Bledsoe's NO STOPPING US NOW has been named a 2022 Golden Poppy Award Finalist in the Young Adult category by the California Independent Booksellers Alliance (CALIBA).

South Australian firms Highview Productions, known for BBC, Stan and HBO series The Tourist, and Closer Productions have acquired the screen rights to the New York Times bestseller The Dictionary of Lost Words by Pip Williams.

OCEAN’S ECHO was named a Publishers Weekly Best Book of 2022 in Science Fiction and Fantasy!

WAXING ON by Ralph Macchio hits #7 on the New York Times bestseller list.

Time Out Applauds the Accuracy and Humor of I LOVE(ISH) NEW YORK!

Time Out says "I Love(ish) New York deserves a spot on your coffee table" in an interview with Ali Solomon, author of the recently published book.

The New York Post says Ali Solomon's I LOVE(ISH) NEW YORK is "a hilarious mix of love letter to the city, guide to newcomers, and laugh-out-loud tales of the metropolis that will be relatable to anyone who has ever lived here".

Publishers Weekly Selects THE LIGHT WE GIVE as One of The Best Books of 2022!

Publishers Weekly selected THE LIGHT WE GIVE as one of their best books of 2022 in the religion category.

Amazon featured West Side Love Story on a six-story Amazon Books billboard on 7th Ave and 33rd St, outside of Penn Station. These billboard features are a part of their efforts to honor Hispanic and Latinx storytellers and stories during Hispanic heritage month.

Audrey Elledge and Elizabeth Moore's LITURGIES FOR HOPE: SIXTY PRAYERS FOR THE HIGHS, LOWS, AND EVERYTHING IN BETWEEN is set to appear on Good Morning America's Faith Friday in November.

Nathalia Holt’s WISE GALS is a Town & Country magazine “must-read” for fall 2022. “[Holt] paints a portrait of what it meant to be a woman working in intelligence in the early days of the CIA, and the Cold War.”

Jesse Leon's Book Launch Event at the Ford Foundation Is A Success!

I'M NOT BROKEN, a memoir by Jesse Leon, was recently published by Vintage. The book launch event was held at the prestigious Ford Foundation.

The Los Angeles Times selected Nathalia Holt’s WISE GALS as one of “10 Books to Add to Your Reading List in September.”

Selena Gomez reveals she's reading MONARCA by Leopoldo Gout in a 'What's In My Bag' Video. She said it's "beautiful."

Kathryn Judge’s DIRECT is one of 15 titles to be selected for the Financial Times Business Book of the Year Award for 2022. The longlist books were selected from nearly 600 entries and are all focused on “the challenges facing the global economy.” Read more about the award and the longlist here.

TANQUERAY by Stephanie Johnson is a #1 New York Times bestseller.

July
THE GRIEVING BRAIN is a Behavioral Scientist Summer Read

Behavioral Scientist has published its list of “the most compelling behavioral science books” published so far in 2022, and Mary-Frances O’Connor’s THE GRIEVING BRAIN is among the notables.

June
CIRCA is the Goop Book Club Pick for June 2022!

Devi S. Laskar’s novel Circa is the Goop Book Club pick for June 2022.

May
RAZZMATAZZ is on the New York Times Best Seller List!

THE DICTIONARY OF LOST WORDS is #3 on the New York Times Best Seller List!

THE LAST RESORT is Suggested By the New York Times as a Summer Read! 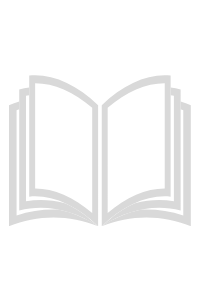